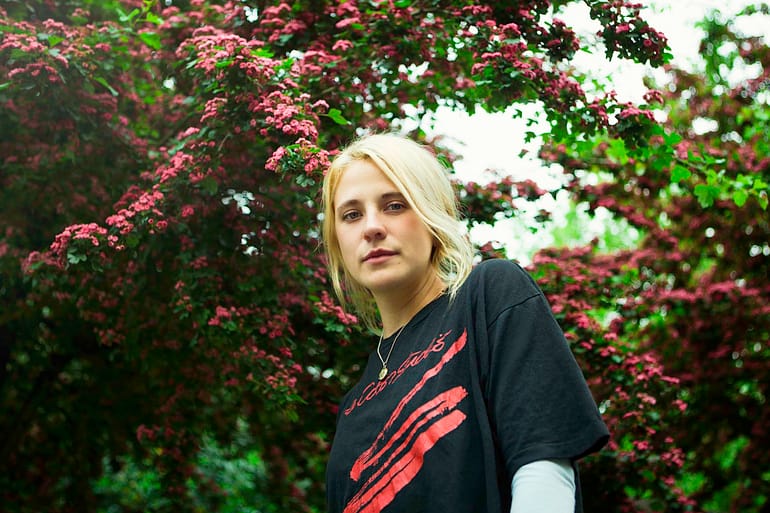 The opening track “Someone New” is the perfect introduction to Deland, who may be “someone new” for many listeners (including me). The song begins rather simply, with a single note being held as Deland begins singing, almost as if she’s standing alone atop a stage with a spotlight on her. (A scene perfectly exemplified in the song’s music video.) Then the guitar comes in. But the song truly picks up once the drums kick into gear. Everything comes together so seamlessly as the song carries you through its three-and-fifty minute runtime. Then, the song abruptly ends; your brain begging you to replay it.

More barebones tracks—like the penultimate track “Clown Neutral,” which simply features Deland’s voice, guitar, and a looping layer of her voice playing softly in the background—are still full of small details you can uncover upon subsequent listenings.

This album is full of stand-out tracks, including “Truth Nugget” and “Lylz,”  wherein Deland exemplifies a mastery over melody, both in her vocals and guitar playing. This is top-tier songwriting.