The year is 2019 and a new Bombay Bicycle Club album is imminent. Their last album, 2014’s So Long See You Tomorrow can be seen as a promise from the band itself. Yes, they did take a five-year hiatus/break but they will eventually see us again, in the eventual “tomorrow.” So, as we wait with bated breath to hear what the boys have in store for us, I decided to do a small retrospective on their four albums.

During an era in which new bands popped up like weeds in a driveway, Bombay Bicycle Club proved to be something else, something more substantial and original than their more popular and commercially successful counterparts. 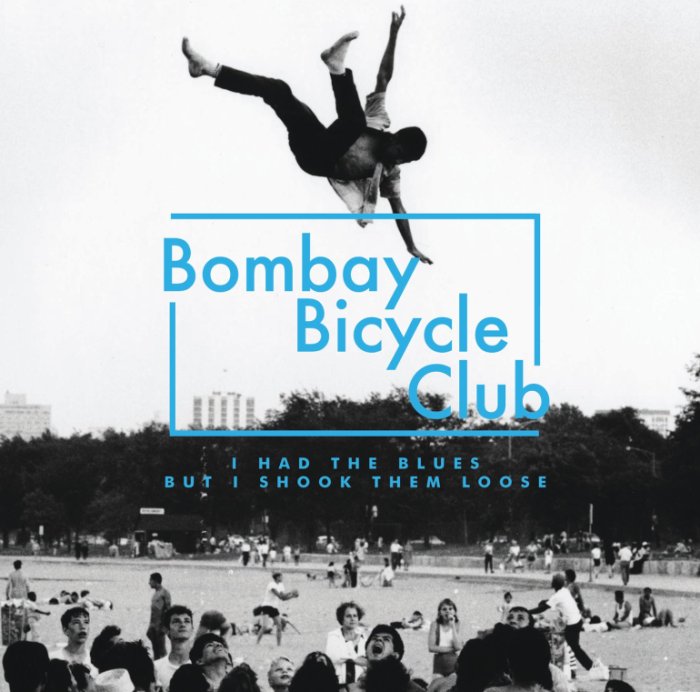 BBC’s debut album—the brilliantly titled I Had The Blues But I Shook Them Loose—introduced the world to this talented group of four North Londoners. Immediately, the album cover showing a man in midair, possibly after being thrown by his group of friends, in a park elicits strong, anxious emotions. Will his friends catch him? Will he fall to the ground and fracture a clavicle? We have no way of knowing. Instead, the man remains airborne for all eternity. Perhaps some unknown force is pulling him away from Earth’s gravity. He might be reaching to his friends on the ground below like a person might reach for a fireman’s hand as they hang from a burning building.

All these emotions are perfectly encapsulated in the album’s brilliant, lyricless opening track Emergency Contraception Blues. A lofty evocative title, to be sure, but it serves as a perfect introduction to the band’s musical ability. Drummer Suren de Saram counts the song in, clicking his drumsticks at a fast tempo when lead singer and rhythm guitarist Jack Steadman enters with a calm, yet frenetic guitar riff. The first few seconds feel anxious, connecting to the title of the song. On the 23rd second, the entire band joins in with a bang. We hear guitarist Jamie MacColl’s high-pitched riff, reminiscent of a car speeding down a highway then the song segues beautifully into the second track, Lamplight. Before we hit on Lamplight, I’d like to touch on Emergency Contraception Blues briefly. This opening instrumental track is a perfect introduction, not only to the album but to the band itself. They’re showing us what they’re capable of before breaking into the first true song of the album.

Lamplight is composed of a jittery drum beat, strong bass riffs, and bouncy guitar chords. Here’s where we first hear Steadman’s shrill vocals. As long as BBC’s been around, Steadman’s unique vocal inflections and brilliant lyrics have propelled the band above all other British four-pieces. He doesn’t sound like any of his contemporaries. In fact, his voice is a bit odd upon first listen but you quickly grow to love and admire it. “These scattered flashes of delight,” Steadman sings in the chorus, “Can’t help but sway your mind.”

I could easily write paragraph after paragraph detailing every song off of I Had The Blues But I Shook Them Loose but that’ll make this post much too long. For now, I’ll say this. BBC’s debut album introduced us to a brilliant new band that had clear influences yet did their own thing. At any particular moment, you can hear every band member’s unique style. Evening/Morning’s sticky bass riff is an excellent example.

This debut album was, by all intents and purposes, a rock and roll album which makes BBC’s next step, releasing a fully acoustic album, one of the riskiest moves a young band like themselves could’ve made. Thankfully, the outcome was as beneficial as one could’ve hoped. 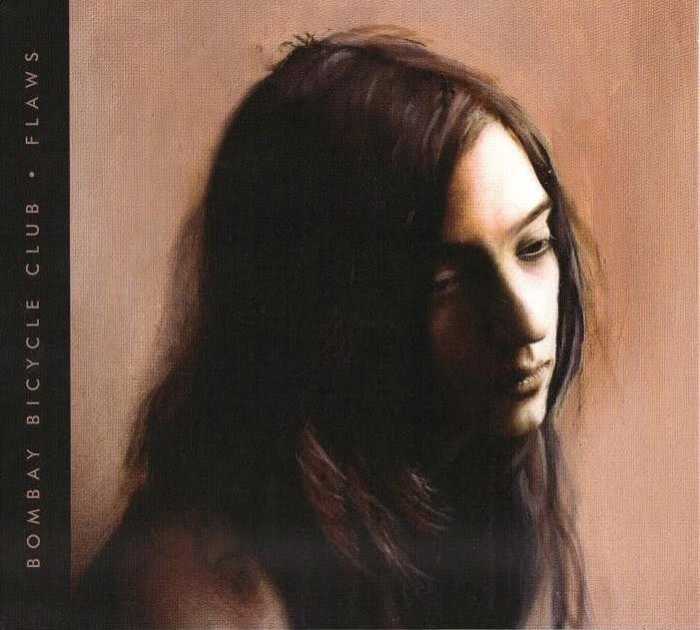 Flaws was released at the start of a new decade. 2010 can be seen as the dawn of the indie age. Bands such as Edward Sharpe & The Magnetic Zeros, The Middle East, Fleet Foxes, and The Tallest Man on Earth were quickly becoming the most popular, most sought-after acts. It’s easy to see how this more organic, more natural way of songwriting inspired BBC. What might’ve been seen as a poorly thought-out decision showed listeners the world over that BBC was much more than a generic British rock band. They can strip their sound back and bare their emotions on record. Gone are the driving guitar riffs and ecstatic drum fills. Now, they’re replaced with quiet melodies, almost whispered by Steadman. Another clear influence is Nick Drake, whose music played on the heartstrings in an often incomparable fashion. With this more reserved, more introspective album, we learned more about what made Bombay Bicycle Club, Bombay Bicycle Club. They have flaws, like all of us, and they use their music to delve into what makes them (and us, at large) human.

Leaving Blues is a standout in the tracklisting. Steadman’s lyrics shine here, along with his fragile vocal delivery. He’s bearing his heart on record. That’s what this album perfectly encapsulates. We’re able to focus more clearly on Steadman’s lyrics, which are beautifully accompanied by the rest of the band.

It’s a little bit funny how their debut album was titled I Had The Blues But I Shook Them Loose yet Flaws is almost entirely made up of songs in the genre of blues. It’s as if the band itself is telling us that their blues are back, try as they might shake them loose, sadness and regret still clings. 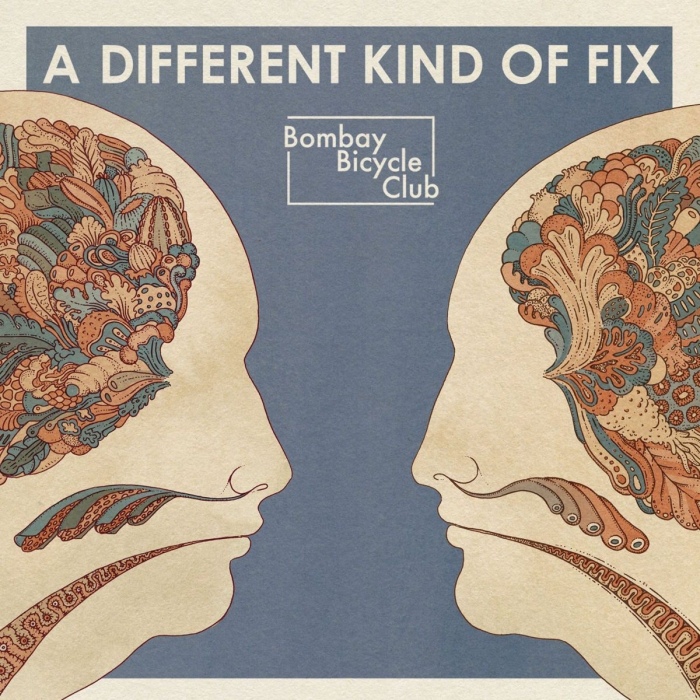 This naming dynamic continues in their third album, released a little over a year after Flaws. A Different Kind of Fix is easily BBC’s most experimental and leftfield albums. I still remember hearing the opening track, How Can You Swallow So Much Sleep? for the first time. I had the album on my iPod Classic when the song came on shuffle. I played it over and over until I fell asleep. That opening guitar melody, followed closely by the rising bass riff and the breathy ooohs quickly made me fall in love with the track. To this day, it’s still one of my favorite songs of all time. And it’s a simple song, at that. The lyrics are just simple and they repeat, almost like an incantation or prayer. Immediately, with the opening track, we’re introduced to a new iteration of BBC.

When their debut album was released, BBC was taking clear inspiration from their contemporaries; Flaws was similar but the overall “sound” from Fix is something wholly their own. It’s hard to explain, almost like a modern twist on 80s musical staples. In this third album, the boys returned to electric instruments but they were able to maintain the emotional complexities that flourished in Flaws. In a way, Fix can be seen as a perfect marriage between Blues and Flaws, with a healthy helping of something new, this truly was a different kind of fix.

I don’t know what it is but this album’s entire “aura” has always had led to an indescribable emotion. Perhaps it’s nostalgia. Whatever it is, no other album has been able to manifest this similar emotion within me. I wonder if other listeners feel similarly about Fix. 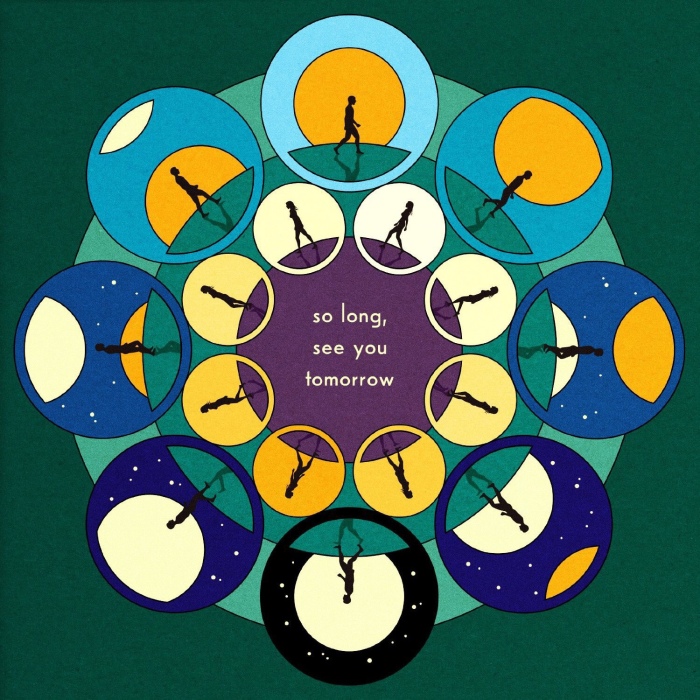 Bombay Bicycle Club essentially created their own genre with A Different Kind of Fix so it makes sense for them to continue exploring this path they forged in 2011 with 2014’s So Long See You Tomorrow. Unlike their three previous albums, So Long wasn’t released the year after Fix. Now, let me be completely honest, I’ve never quite a fan of So Long, See You Tomorrow. They were able to completely reinvent themselves in such a short period that I was excited to hear what they’d create and how much they’d grown in three years. To me, So Long was a disappointment upon its release. Having absolutely loved their past three albums, So Long just sounded generic and uninspired, to my 21-year-old self, but today I will relisten to their last official album and attempt to craft a new/different point of view on the album.

Immediately, we’re made aware of Steadman’s newfound love of loops and samples, something he’d go on to invest his time into with his solo post-BBC project, Mr. Jukes. But going back to So Long, the music’s mixing is already different than the previous albums. Before, drums, bass, and guitar were front and center. Now, they’re pushed to the back of the mix. Instead, the samples and loops are the focus of Overdone. Again, Steadman is accompanied by another singer. Although this was welcome and exciting in Fix’s Shuffle, it almost feels unwelcome in Overdone. Near the end of the track, we’re greeted by a drum fill reminiscent of the one from Emergency Contraception Blues but it sounds like an overproduced imitation.

Look, I know I’m being somewhat harsh on this but at the time of So Long’s release, BBC was one of my favorite bands so to hear their sound be so polished and produced when they seemed like bastions of hope and authenticity in the British music scene, I simply felt disappointed. I wouldn’t say the sold-out, or whatever, but their music just wasn’t manifesting the same evocatively unique emotions of their previous three albums. This album feels more like a Jack Steadman solo album. The band doesn’t feel like a “band” as much anymore since there’s so much going on in each track that it’s hard to point out the rest of the band members.

I’m glad they took a break after So Long. In fact, the album’s title seems like they know that it’s time to take a break, but eventually, they’ll return and greet us like old friends. The album’s closer, which gives the album its melancholically optimistic title, is a beautiful, six-minute manifestation of everything BBC has built up until this point. It almost sounds like a counterpart of Fix’s brilliant opening track, How Can You Swallow So Much Sleep. This track is stripped back, only Steadman’s vocals, a looping synth sound, and some woodwinds fill the tracks first two minutes. Then the rest of the band joins in, creating an emotional and heartfelt environment. It sounds like lying on the grass on a crisp spring morning. It’s a bit disappointing that the last words on the last BBC album aren’t uttered by Steadman but thankfully the wait and mystery surrounding whether they’d ever return is no more.