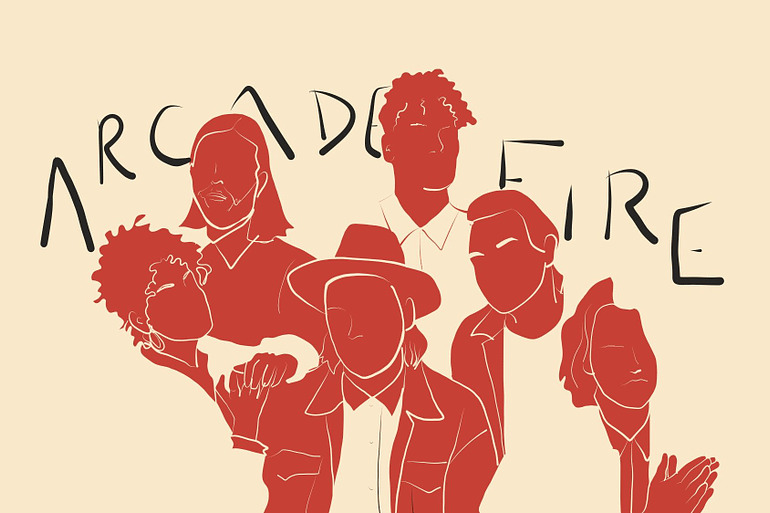 As far as indie bands go, few have had such an impact on music as the Arcade Fire. Currently made up of the husband-and-wife duo of Win Butler and Régine Chassagne, along with Will Butler, Richard Reed Parry, Tim Kingsbury, and Jeremy Gara, the Arcade Fire have constantly evolved from album to album.

Debuting in 2004 with Funeral, the Quebec-based band appeared to be fully formed and they have a lot to say. With each subsequent release, they’ve been able to expand their sound and explore new ventures in tone and lyricism.

Sometimes, their albums suffer from being overlong (I’ve even created “modified” versions of The Suburbs and Reflektor with slightly rearranged tracklistings that cut down from the hour-plus lengths and reign them in to the 48-minute length of their other albums, to great effect, if I do say so myself. Listen to them on my Spotify and let me know what you think.) Regardless, you can always tell an Arcade Fire album, and that’s why they continue to be so exciting nearly twenty years after their debut. The morbidly-titled Funeral was released sixteen years ago (the same year Modest Mouse released Good News for People Who Love Bad News) yet Funeral still sounds as fresh as anything. The Quebec band, led by Win Butler and his nervous, jittery, wailing voice, was instantly unique and recognizable. In fact, his vocal choice makes each song on Funeral a great opportunity for listeners to sing along, “Wake Up” is a shining example of this. This album came at a time where indie music was just barely starting to become a household genre. I don’t doubt that Funeral inspired many great indie bands. I mean, how could it not?

With the “Neighborhood” tetralogy, the eternal “Wake Up,” and my personal favorite “Rebellion (Lies),” it’s no surprise Funeral remains as one of the greatest debut albums of all time. The music itself is so distinct while Butler’s lyrics are both nostalgic for the past while simultaneously being tinged with a sense of resentment for growing up or changing. It’s a record that’s enjoyable to listen to, time and time again, with lyrics that can be dissected and divulged upon subsequent listens.

“Funeral” may not be a great title for a new band’s debut album, but Arcade Fire didn’t seem to mind. This album is full of life and unique decisions, both lyrically and musically. The term “chamber pop” gets thrown around quite a bit when talking about the Arcade Fire, and with good reason. The Arcade Fire could have easily been a band with a brilliant debut and nothing more. All too often, bands crumble under the weight of their amazing first albums, but the Arcade Fire didn’t try replicating the energy they captured in Funeral with their subsequent releases. 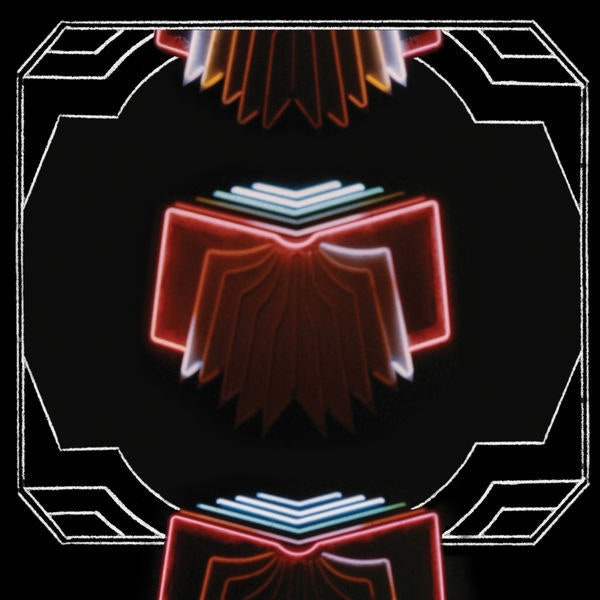 Three years after Funeral, the Arcade Fire returned with the dark Neon Bible. From the very first seconds, you understand this won’t be Funeral Part II, which is a pretty bold choice but one that paid off brilliantly. Although the album is generally more introspective than Funeral, there are some tracks that could’ve very easily fit within their debut, chief among them being “Keep the Car Running.” Neon Bible sees the Arcade Fire as a more polished group. Win sings in a more restrained way, although we still hear his yowl here and there. The same can be said for the music itself. Neon Bible’s sonic decisions are much more restrained than those found in Funeral.

There’s a throughline that runs from track to track as lyrics focus on Win Butler’s negative views on religion. As a student of religious studies, it’s easy to see why Butler decided to write these songs. It is a strange decision, however, to basically write a concept album about the woes of religion and how its effect on the world hasn’t been for the better. A bold choice for one of the most exciting new bands to take, but that’s exactly what makes the Arcade Fire stand out from their counterparts.

Due to these decisions, Neon Bible as a whole isn’t as immediate as its predecessor but it’s still a unique listen. There are incredible stand-out tracks such as “(Antichrist Television Blues),” the reimagined “No Cars Go,” and the unbearably cool “Ocean of Noise.” The album isn’t bad by any means, it just leans quite heavily towards Butler and company’s message. Neon Bible can be seen as a detour for the Arcade Fire, but they’d return to the well of nostalgia in their following album. 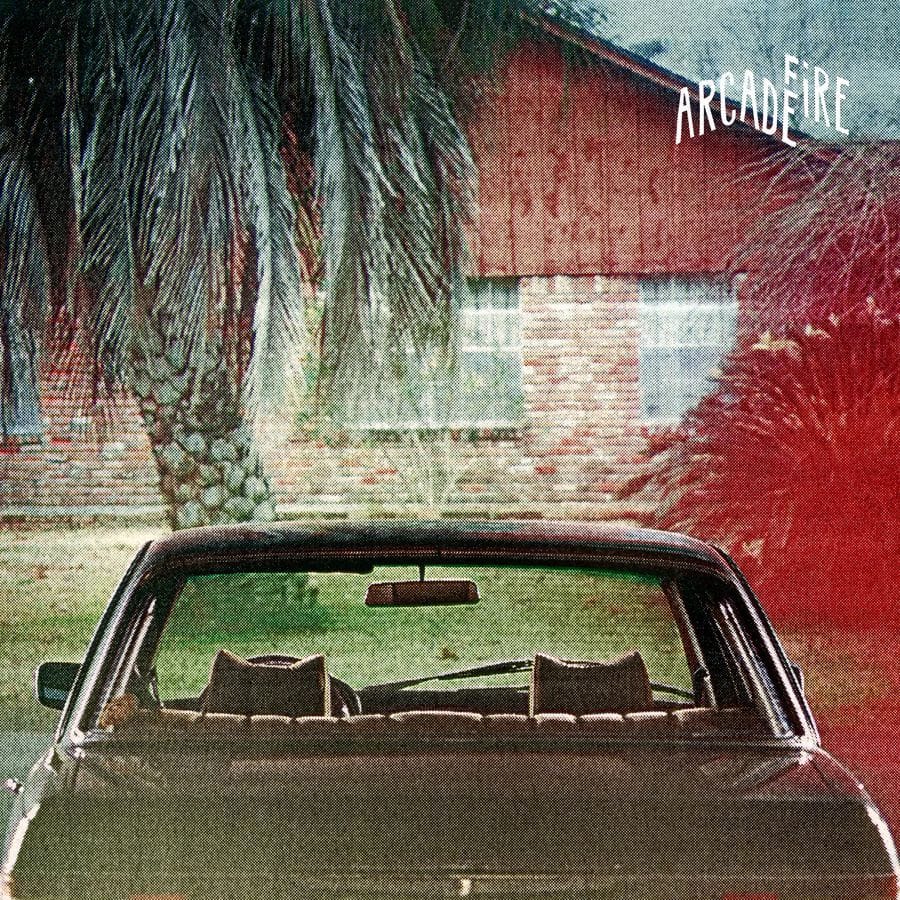 After the youthful Funeral and the angsty adolescence of Neon Bible, the Arcade Fire returned in 2010 with The Suburbs, a meditation on youth from the perspective of adulthood. For me, The Suburbs works as a counterpart to Funeral where the former works as a distant viewer’s perspective on past events that might be tinged with nostalgia or seen through rose-colored glasses. Across 16 tracks, The Suburbs clocks in at one hour and four minutes.

To me, it’s always felt a bit overlong, especially since a couple of songs sound like carbon copies of each other (“Modern Man,” “Rococo,” “Wasted Hours,” “Deep Blue,” and “Suburban War” all sound very similar, both in lyrics and in their music). There are some amazing tracks here, however. “Ready to Start” is still one of my all-time favorite Arcade Fire tracks and the one-two punch of “Empty Room” and “City with No Children” gives me chills every time I hear that transition. Other tracks, like the Régine Chassagne-led “Sprawl II (Mountains Beyond Mountains),” became huge hits for the band.

Although many people consider The Suburbs to be Arcade Fire’s greatest album, I still feel like they might’ve overstuffed the tracklisting. That same anxious energy from Funeral is long gone, but Butler’s lyricism is still as cutting as ever. These first three albums could be seen as the “first era” of the Arcade Fire. The two subsequent releases show a very different band from the one that made these three albums, but that’s what is so great about the Arcade Fire. Each new album is a wholly unique vision; they never try to retread old ground and when they do, they do it from a different perspective, resulting in a truly different creation. 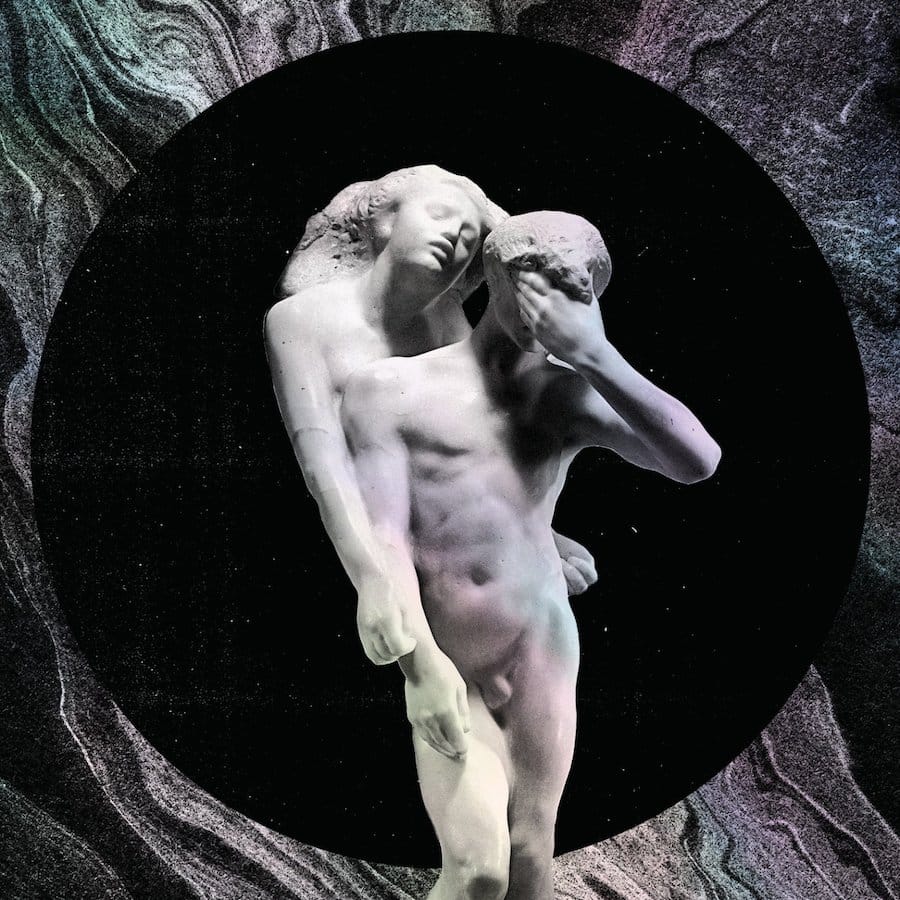 In Reflektor, we see Arcade Fire have a bit more fun with themselves. The James Murphy-produced album sounds more like an LCD Soundsystem/Arcade Fire supergroup/collaboration than an actual Arcade Fire album, but it’s still very enjoyable. I mean, David Bowie himself is featured in the opening track! How could you not love that? Sadly, Reflektor suffers the same pitfalls of The Suburbs, being a bit too long. At one hour and fifteen minutes, the album is anything but breezy. It’s strange, Relfektor is basically a modern disco album but it’s much too long to be a completely enjoyable listen.

Keeping with the throwback theme, Reflektor is split into two “disks” with Disk 2 being my personal favorite. Here, we see Arcade Fire making very odd choices, not all of which pay off immediately but now, with hindsight, this album can be seen as their experimental foray into a dancey, more electronic sound. Disk 1 does have some great tracks such as “Reflektor,” “We Exist,” and “Normal Person” but it still feels overlong and not restrained enough. Thankfully, there’s Disk 2 to save us from our woes.

Medvedi: The Nature of Unwinding

“Here Comes the Night Time II” is vastly different from its predecessor, which was inspired by the energy of Haitian Carnivals. It’s much more restrained, and even Win Butler’s voice is softer as if he’s quite literally ushering in the quiet nighttime to us as we listen. The following tracks all work so well together that you forget the entire first half of the album.

I’m sure some listeners prefer the first half and others may love the entire project as a whole, but for me, Disk 2 is the far superior half of Reflektor. The beautiful way “It’s Never Over (Hey Orpheus)” builds and builds, with the winding chorus of Butler and Chassagne trading verses (“It’s never over (it’s never over)” is beautifully awe-inspiring, making you wish the song actually never ended. Sadly, the song’s over too soon. This might be the greatest example of Win and Regine’s unique harmony.

It would’ve been a great note to end the album on. But instead, we’re treated with the eleven-minute “Supersymmetry,” which is by no means a bad song, it just comes at the end of a really long album. The looping electronic sounds that bounce from side to song, along with the orchestral arrangements, make this song a nice landing for the album. Technically, the song is only five and a half minutes long and it’s then followed by another five minutes of soft instrumentation that’s very reminiscent of orchestral arrangements for a film. (While working on Reflektor, the Arcade Fire were also scoring Spike Jonze’s film Her.) “Supersymmetry” has some very beautiful moments, but it drags on a bit too long, making it the only true “dud” in Reflektor’s Disk 2.

It’s a bit disappointing, seeing as how great Disk 2 is, that I wish they delved deeper in this sound instead of faffing about with the songs on Disk 1, but alas. And now comes the Arcade Fire album I enjoy the least, although I had high hopes for it. The album Everything Now was introduced by its titular first single in May of 2017. It was a wholly new sound for the Arcade Fire, with tinges of disco and a fresher tone (along with a flute!) I was really looking forward to how the rest of the album would sound. Perhaps they’d further explore the more natural sound found in this single, in a contrast to the electronic production that seeped into every song of Reflektor. Sadly, Everything Now is more like a lesser Reflektor with no songs reaching the same heights as the song “Everything Now.”

The lyrics throughout the album are pretty cringe-inducing. It’s disappointing, knowing how great of a songwriter Win Butler is. Apparently, he had the most fun writing the songs for Everything Now than any other album, which is nice. But this album might be the band’s first true misstep.

It’s hard to know where the Arcade Fire can go after Everything Now. They’ve released albums on a consistent basis, with three or four years between each release. Recently, Win’s been posting short clips on his Instagram from the recording studio with snippets of new songs. One particular cut sounded amazing while another had another batch of poor lyrics. Guess we’ll just have to wait and see what the Arcade Fire will cook up for us in their sixth album! We’re due for another one soon. Here’s hoping Win & Co. don’t keep us waiting too long. Even if I didn’t enjoy Everything Now as much as I would’ve liked, I still trust that the Arcade Fire will continue to create incredible music for years to come. 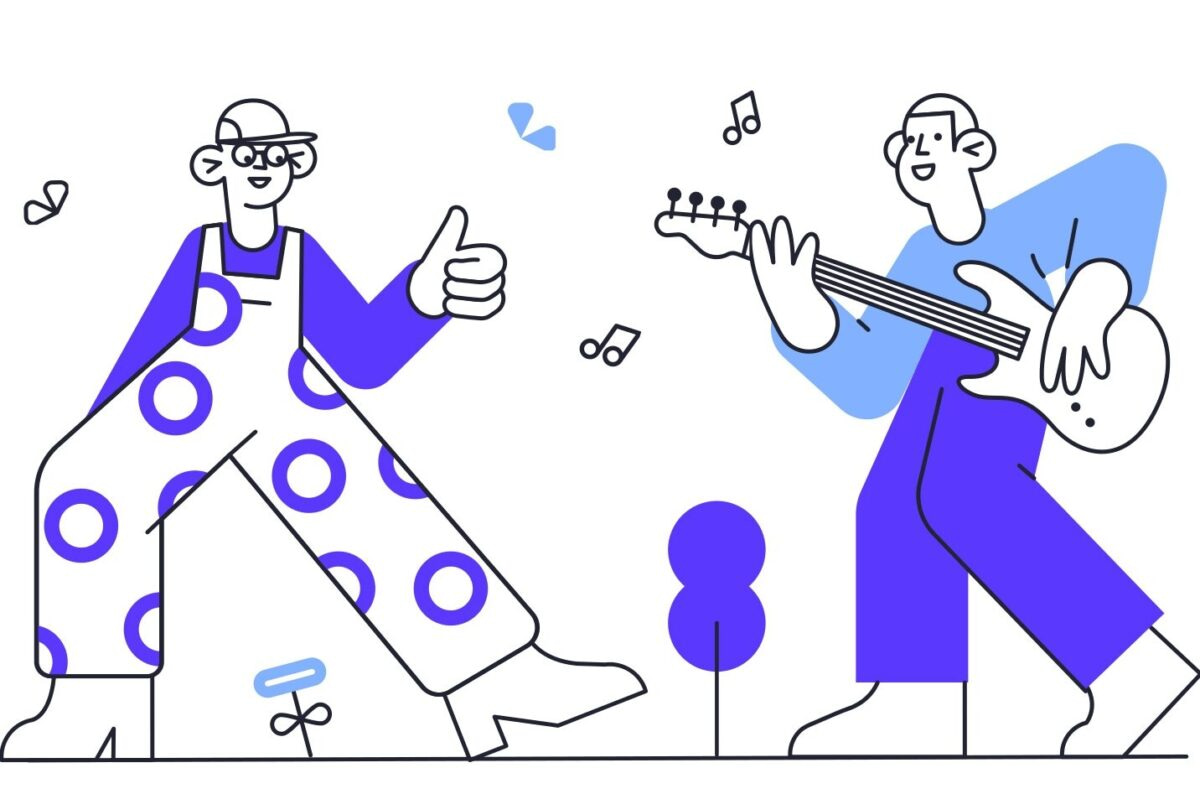