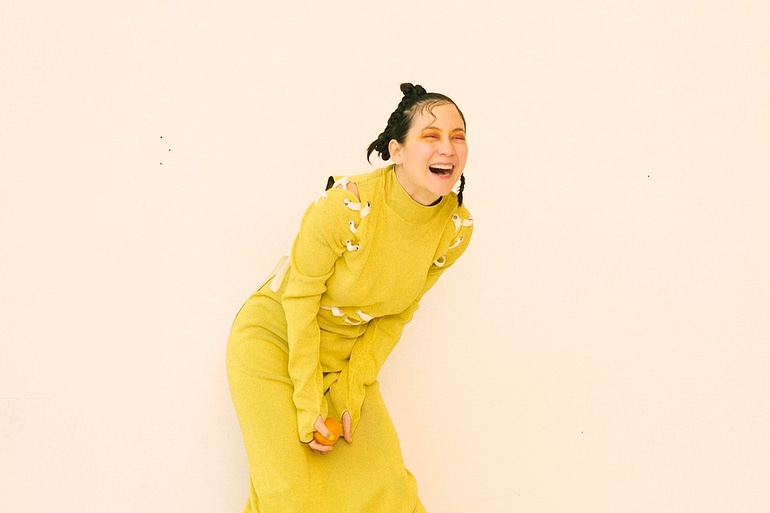 The first thing you notice about Jubilee—Japanese Breakfast’s third full-length album—is how effervescent it sounds.

Opening track “Paprika” perfectly introduces Michelle Zauner’s vision. It’s a short, but sweet song that transitions into “Be Sweet,” easily one of the best singles of the year. Zauner collaborated with Jack Tatum (Wild Nothing) on this track and their combined artistry shines through beautifully.

Japanese Breakfast (also known as “Jbrekkie“) is Michelle Zauner’s musical project. Zauner has been releasing music under the moniker since 2013. In these past eight years, she’s released three incredible albums, with Jubilee being her latest.

A handful of tracks feature beautiful violin, viola, and cello arrangements working in tandem with Zauner’s songwriting. “Kokomo, In,” for instance, serves as a romantic tune, reminiscent of classic love songs from the 1960s. “Tactics,” however, takes the orchestration to the next level. As the penultimate track, “Tactics” is simultaneously gorgeous and devastating. It’s hard not to tear up while listening to it.

The final track, “Posing for Cars,” starts off quite simply, eschewing the lush orchestration of previous tracks to shine a spotlight on Zauner and her guitar. As Zauner finishes singing the final verse, the rest of the band joins in. The music slowly builds, bringing us in for a smooth landing with a delectable guitar solo courtesy of Zauner herself.

The tracks that make up Jubilee are their own distinct worlds of sound, but at their crux lies Zauner’s breathtaking, relatable, and personal songwriting. Her voice and vocal melodies never disappoint, always exceeding expectations.

The only detriment is how short the album feels. Although it’s the same length as her previous album, 2017’s incredible Soft Sounds from Another Planet, Jubilee’s tracklist is made up of quite a few short tracks. Thankfully, this album is perfectly arranged for repeat listens.

2021 has already been a big year for Zauner. She released Crying in H Mart, her memoir, to universal acclaim just last month. She also worked on the soundtrack/score for an upcoming video game named Sable. It’s always such a joy to see an artist you love produce loads of work during a short amount of time. Zauner is easily one of the hardest working musicians today and I can’t wait to see what she does next.